Thoughts on the summer of 2011 and the FFM 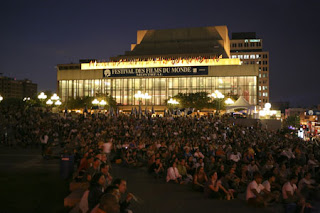 The second of two summertime film festivals in Montréal, The World Film Festival, ended last week, and, with Labour Day weekend now over, it is safe to finally close the book on the summer of 2011.

I like how the FFM is snuggled just between Fantasia and the start of the fall movie season. It makes for a very stimulating way to end the summer, movie-wise of course. August is traditionally know as a something of a dumping ground for Hollywood studios, a month during which time they can release motion pictures that never would have stood a chance against the cream of the crop that comes out in May, June and July, but which would also not fit easily in the following months when the more ‘highbrow’ efforts grace the silver screens. In truth, August is pretty boring if one is only considering big budget affairs With the exception of Rise of the Planet of the Apes, I think that held true this year too. And Apes was on the very first weekend of the month!

Hence, the importance of the FFM here in Montréal. No one will try to make the case that it is as prestigious as Sundance or TIFF, including myself. The films which get play during the event are not as well known, there are fewer world premieres (although we do get a couple), and only a few big name actors make the effort to pay a visit (this year saw American Danny Huston and the Frenchwoman Catherine Deneuve).  Despite it all, the choice available to the public is staggering, with close to 400 films being awarded at least a few screenings. This includes some of the marvellous short films which are attached to various feature presentations. While the prestige factor is absent, the quality is not. There are plenty of little gems to be discovered. You definitely have to look for them, which means sitting through certain films you could have done without, but when the good ones come by, it feels great. So Rue Huvelin and Figli della Stelle didn’t blow me away, I still got to chance films like Aadukalam (uneven but definitely an eye opener into a world I know nothing about), Brutal Box and one of my favourite films of the year, Vücut. That is the magic of a film festival, any film festival. To discover a movie one knows that would they would not have been privileged to see otherwise and for it to be really, really good. Of course there is tremendous pleasure in having a satisfying Saturday night at the multiplex watching a good popular film, but there is also a special sense of fulfillment when walking about of a festival screening, being impressed with a film and knowing that not many will get a chance to see it. It’s up to you to spread the word, and that’s always a lot of fun.

Two regrets about my FFM experience haunt me. The first is that scheduling and other circumstances made so that all the movies I caught were either in the morning, early afternoon or late afternoon. I would have liked to watch something with the evening crowd to better assess the festival’s atmosphere. It was far too quiet in the morning and while the afternoon screenings were a bit more full, I felt as though I was missing out on something. The other unfortunate turn of events was a nasty little fever that bit me on the second and final weekend of the event (August 27-28). Up until that point I had already reached 6 films and definitely would have gone to see a couple more. There was a very interesting looking British spy film that had a couple of screenings on that weekend, Eliminate: Charlie Cookson (2011, Rob Holder). The programme even mentioned that the director would be in attendance. A shame... 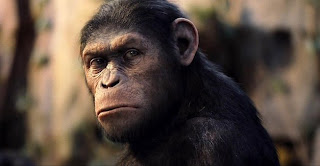 Even with regards to the blockbusters, there were some true highlights over the past few months, examples that Hollywood can still produce high quality entertainment. Super 8, X-Men Fist Class, and Rise of the Planet of the Apes, were all great. The best way to cap the summer season however was when one of the local multiplexes finally showed some love to Joe Cornish's horror action film, Attack the Block, which I unfortunately missed at Fantasia back in July. What a treat.

Of course there was the biggest art house movie in the history of art house cinema: Terence Malick's Tree of Life. Controversial, difficult to grasp, a creator of passionate responses both positive and negative, but also a real work of art. Poetry in motion, if you will. I still remember the screening I attended. There is a moment about 10 minutes into the picture when we see Sean Penn face grace the screen yet again as he looks off into the distance from the window of an elevator. Somebody in the audience yelled 'Oh, please!' If a movie that gets people that riled up isn't worth your time, I don't know what is. 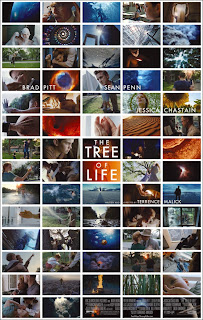 Let us not weep for the end of summer 2011. As movie buffs, we know full well that the autumn always reserves some special things. Plus, more festivals are on the schedule, which is always a plus!
Which reminds me, seeing as how Between the Seats will not be as TIFF this year, below are three blogs I strongly urge you to follow between September 8th and 18th for thorough, well written festival coverage:
-The Matinee. Check out his festival lineup here
-Just Atad. Check out Cory’s festival lineup here.
-Sound On Sight. A Montréal-based web site and podcast which has expanded greatly in the last few years. They’ve become rather big in the blogosphere and movie podcast world.

Those three will certainly be providing some of the best independent coverage around in the internet, so be nice and follow them a little bit.
Posted by edgarchaput

Seems to me the problem is that Hollywood has gotten so good at making good movies that they don't care much about making great ones anymore (or maybe our standards have just slipped). I'd say Summer 2011 was perfectly forgetable with the exception of Tree of Life and Beginners, but there will always be great smal movies, I want great blockbusters again.

@Mike: Depends on your definition of great too. I really did think Super 8 and X-Men First Class were great, maybe not Apes (although very good).

Standards probably have dipped in recent years wit the influx of totally disposable garbage released nearly every week. When somthing comes along that is remotely palatable, we thank the lord for giving us a 'great' film.