It is Halloween weekend and it seems that with each passing year Halloween takes on smaller and smaller significance for me. There are little decorations around town and none of my friends have mentioned about doing anything Halloween related this weekend. I guess that's what happens in those funny years after childhood but before one has children of their own, in which case Halloween will probably become super important once again.  Not many of my blogging brethren have gotten into the spirit either it seems. Regardless, there were still some interesting nuggets of gold to be discovered this week. Here we go:

-Laura at City Lights believe that the recent sci-fi drama Never Let Me Go deserves some serious Oscar consideration. Find out why.

-Peter's amusing Gimme 5 column at the Magic Lantern propose a top 5 list of movies with animals in starring roles.

- Mike Lipper is not one to shy away from the tough questions, as is proven in one of his more recent articles in which he questions the direction the Criterion Collection is taking for their upcoming DVD releases.

-Bill's Splatter Time Fun Fest is coming to a close with his first annual Machete awards at his Emporium. No, that's not right, it's the second annual award celebrations, isn't it? But the article's title clearly says first...Bill, what have you done this time!?!
Posted by edgarchaput 2 comments: 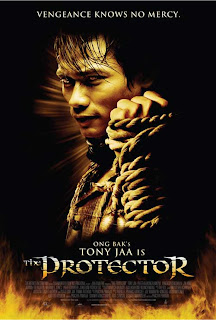 The Protector/Tom Yum-Goong (2005, Prachya Pinkaew)
C
There are films that exist to provoke, to make one ponder and provide intellectual stimuli. Other films are better suited for the purpose of entertainment, while still preserving some sense of deeper layers and resonance. Maybe ‘thought provoking’ would be serving them too much credit, but we know there is a little bit more to them than meets the eye. Then there are the movies which, whether by design or for lack of strength in the departments of writing, acting or direction, that are solely available for people to rejoice in the fun, the zany and the visceral. The Protector falls in this last category, given how it lavishly displays its star's remarkable athletic talents all the while abandoning everything else which is supposed to make a movie, well, a movie.
click to read more
Posted by edgarchaput 1 comment: 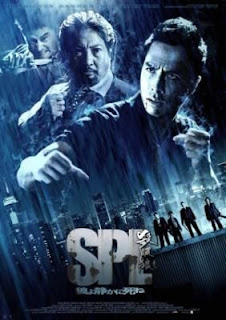 Kill Zone (2005, Wilson Yip and Donnie Yen)
B
There are good cops and bad cops. The former make a vow to serve and protect those innocent of any crimes in dutiful and lawful manner. They live and function by a precise code which regiments their behaviour when wearing the badge, forcing them  to apply their power in honourable fashion. The latter have done away with such a strict application of their obligations. That isn’t to say they do not live by any code, only that theirs’ is vastly different. Whatever is necessary to get the bad guys is a viable route. As the old saying goes, ‘The ends justify the means.’  How this plays out in the real world is the stuff of headlines, whereas how it unfolds in the world of movies is the stuff of great entertainment, if you’re into those sorts of themes (such as abandoning one’s principles of playing fair and being honourable in the hopes of doing what feels right). It was not so long ago that Between the Seats embarked on the Long Arms of the Law marathon, and had we watched Kill Zone at that point, it would have been a fantastic entry.
click to read more
Posted by edgarchaput 1 comment: 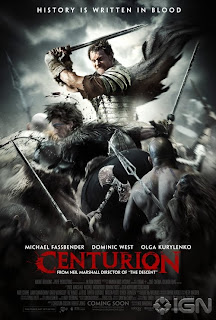 Centurion (2010, Neil Marshall)
B-
I love a good chase movie. More precisely, I like chases in films, period. Whether the characters are racing through the streets of large cities, through canyons, forests, whether they are engaged in the chase by car, plane, horseback or even on foot, all of these variables can result in a thrilling and satisfying sequence.  I need only point film lovers to George Roy Hill’s western classic Butch Cassidy and the Sundance Kid to support my feelings.  When word got out that Englishmen Neil Marshall was working on a project set in the time of the Roman Empire, I think the curiosity of his fan base had been aroused. When I learned that much of the film would consist of a chase involving Roman soldiers and warriors of a ‘barbarian hoard!’ (I’m still working on a buzz from seeing Gladiator last week), I was absolutely on board with the upcoming movie. In the end, what audiences were served with was precisely what I had wished for, which, ironically, proved to be problematic in some ways.
click to read more
Posted by edgarchaput 3 comments:

Synchronization in combat
Gladiator (2000, Ridley Scott)
In our review of Gladiator, we reserved most of the discussion for the impact of the drama and the weighty sense of history driving much of what the characters do in the story.  The film is more than just an example of how good writing carries the overall plot and themes of its story however. Ridley Scott’s ambitious effort balances rich drama and epic spectacle with deft, but upon closer inspection one might notice how the emotional evolution of Maximus’ character filters into the action sequences, thus enabling them to fully resonate with the advancement of the plot. There are five gladiatorial fight sequences which play out in the movie, and each one, be it through the stakes at hand, their outcome, or the opponents the protagonist confronts, is extension of where Maximus sits, emotionally that is, at a given time in the adventure. The film therefore not only satisfies the viewer with rousing fights, but consistently remains faithful to the stakes and drama at hand. Let us explore each one in some detail.

Gladiator (2000, Ridley Scott)
A
Friday, May 5th 2000. That is day that will long live in my memory. Ten years onwards and it is still more than fresh in my mind. My high school mates and I had that day off and, having seen the television ads for Ridley Scott’s Gladiator in recent weeks, decided that it would be ‘cool’ if we saw the movie on opening day. I recall that we went to see a relatively early screening, but the theatre room was nonetheless packed to the brim. One could detect that there was a unique sense of anticipation hanging in the theatre room air. An epic adventure movie at the time of the Roman Empire was something we hadn’t seen in quite some time (and something I myself had never seen at that age). 2 and a half hours later, me, my friends and almost everyone other ticket owner left the room with a buzz of exciting. My, oh my, had it ever been worth the wait.
click to read more
Posted by edgarchaput No comments: 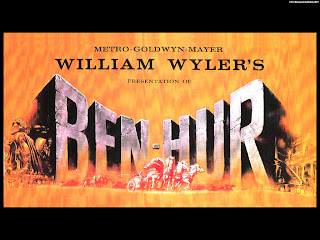 Ben-Hur (1959, William Wyler)
B
William Wyler’s Ben-Hur is one of those films that almost everyone recognizes, even those who aren’t self described film lovers. The two elements that consistently stick out the most when this movie is being discussed are typically Charlton Heston and the chariot race that occurs about three quarters of the way through, and there is undoubtedly a solid case to be made for both. Another thing I have come to notice when stumbling upon articles and reviews is how the movie appears to be synonymous with words showering it with high praise such as ‘masterpiece’, ‘glorious’ and ‘epic.’ After viewing it for the first time in at least 5 years if not more, I concluded that the most accurate description among the three key words mentioned above was ‘epic.’ In several respects but not all I can agree with the sentiment that Ben-Hur is glorious, but I must refrain from calling it a true masterpiece. More on that later.
click to read more
Posted by edgarchaput 6 comments:


Time for another edition of Blogging Around, where we browse around the blogging world for interesting and well written material. With the first half of the final Harry Potter movie only weeks away, one can assume that several writers have their blogs buzzing with plenty of spells and HP talk.

Corndog at Corndog Chats Cinema is in the midst of a Harry Potter book and film marathon, as is Corey Atad at The Reelists.(Harry Potter Days).

Reviews for The Social Network are overflowing. Some of the best I've read were at The Flick Chick, Surrender to the Void (welcome to The Lamb, Void!) , while the Reel Fanatic is wondering just who exactly is ranting over David Fincher's glorious parade.

I know I said a Ben-Hur review would appear this weekend at Between the Seats, but certain time constraints have prevented me from even watching the movie and I'd rather not write an article relying solely on what I can recall from the last time I watched the film, which was probably close to 7 years ago. The Glory of Rome marathon will indeed kick off this week, but it's looking far more like it will be on Tuesday or Wednesday. In the meantime, I delivered reviews of The Social Network and Let Me In for your reading pleasure.

Thanks for our patience and don't worry, we will see how glorious Rome was in the days to come!

Posted by edgarchaput No comments:

Review: Let Me In 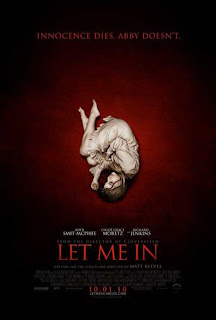 Let Me In (2010, Matt Reeves)
A
I’ve always found movies starring child actors to be dicey projects. Few actors as young as Let Me In co-stars Kodi Smit-McPhee and Chloe Moretz can carry a film with sufficient gravitas and maturity that older performers can rely on, but sometimes a movie comes along that catches the viewer by surprise with some unexpectedly good work by child actors. For my money, if the actors can pull off a stellar show which is rich in human drama and emotionally complete, then as an avid movie goer I can only sing but the highest of praise. 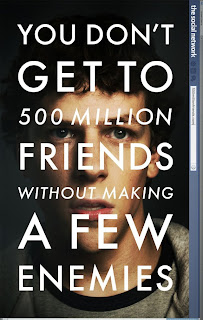 The Social Network (2010, David Fincher)
A
How many friends do you have on Facebook? 10, 25, 150? How many of those people do you consider to be actual friends? The question is an interesting once, although ultimately pointless. Like it or not, the invention of Facebook changed the way people with an internet connection (which is a lot of people in many parts of the world) come into contact with one another. Is our fascination with and dependence on Facebook an evolution or de-evolution of human interactivity and our communicative skills? Again, the answer to that question most likely won’t make a lick of difference in the grander scheme of things because almost everybody uses Facebook in some fashion or another. Individuals, web sites, corporations, the list of Facebook members is seemingly endless. However, even the greatest of inventions can have the humblest of beginnings. David Fincher’s The Social Network explores the human drama that boiled amongst the many creative minds which had a hand in the birth of Facebook.