This is but a supplement to the Alien review posted earlier this week. Whereas the previous article offered an overview of the film and highlighted its strengths and weaknesses, today's article will dig into the finite details of Ridley Scott's horror masterpiece. We hope you enjoy reading and find the same giddy pleasure in the film's details as we did.
click to read more
Posted by edgarchaput 1 comment: 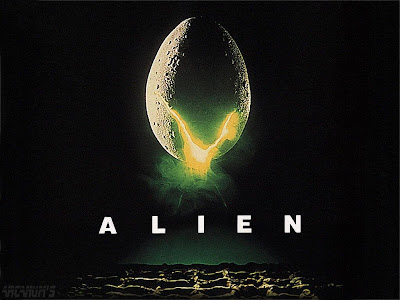 Ridley Scott's career as a filmmaker has been filled with incredible successes. Despite what proud accomplishments he can call his own, there have been some bruises along the way. It seems that for every Ridley Scott fan there is a Ridley Scott detractor, and for every film used as an argument in support of the Englishmen, somebody can present a solid case against him. One says Gladiator, another says Robin Hood. One says Thelma and Louise, another says G.I. Jane. People say American Gangster and both the supporters and the detractors claim that as a case supporting their respective opinions. Alien, the 1979 film, originally from the mind of UCLA science-fiction fanatic Dan O'Bannon, is not one such film to stir controversy. Granted, it may have its handful of naysayers and those people may very well have their reasons, yet for the most part the picture is considered a classic and a milestone in science-fiction horror, principally because that meshing of the two genres had never been done as effectively as when Alien spooked the living daylights out of people back in the summer of '79.
click to read more
Posted by edgarchaput 2 comments: 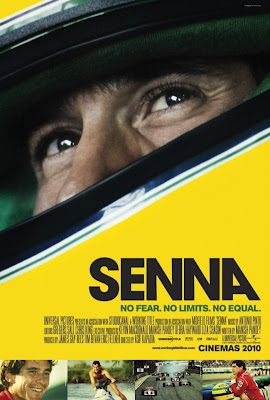 Anyone familiar with the Formula 1 racing championship and its history is aware of the name Ayrton Senna. Ayrton is today considered a legend, fondly remembered by fans of sport and former drivers alike. During his all too briefly illustrious career, Senna was quite the controversial figure, with his detractors equally vocal as his supporters, especially his closest rivals during the races themselves. Documentary filmmaker Asif Kapadia offers a relatively insightful glimpse into this unique figure, delivering a film constructed exclusively out of archival footage and family home videos, with the occasional voice over courtesy of past interviews. 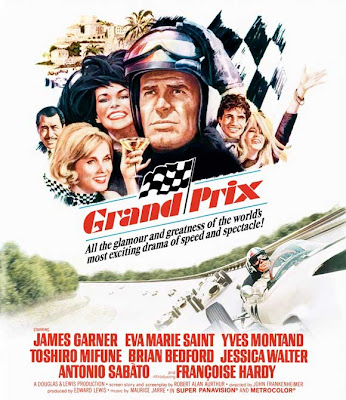 Director John Frankenheimer is one of those people working within Hollywood one could always trust in producing solid, well made, engaging pieces of entertainment. This talented director was very much along the lines of Robert Wise or today's Steven Soderbegh, in that he could tackle a great many genres and one could practically guarantee the results were to be positive. Earlier in the marathon was published a review for the Steve McQueen picture Le Mans, which impressed for its technical skills, all of which brought the thrill of the race to life for audiences. The downside was everything else (story, characters and all), which fell terribly flat. Frankenheimer's Grand Prix is, interestingly enough, a film McQueen could have starred in, were it not for creative differences.
click to read more
Posted by edgarchaput No comments:

And so it has come to this, the epic result of 3 summers worth of films for individual Avengers characters, each a perfectly singular adventure, but also building the links towards what is the first summer blockbuster of 2012. (the first weekend of May seems a little early to call it 'summer', but Hollywood claims it is now summer, so we'll go with that). Writer-director Joss Whedon is a demi-god in the eyes of many a television and film fan, having been the principle creative force behind a list of phenomenally successful series, the most popular being Buffy the Vampire Slayer, which is basically the only reason people know who Sarah Michelle Gellar is. The comic book fan and Whedon fan communities erupted in unified jubilation when, a couple of years ago, it was announced that he would helm this massive undertaking. Now it has opened in theatres pretty much everywhere on the planet. Is it any good?
click to read more
Posted by edgarchaput 3 comments:

Fast Men, Faster Cars: The Fast and the Furious 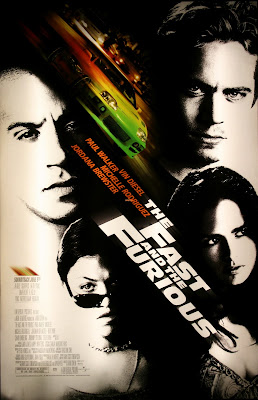 Director Rob Cohen and actors Vin Diesel and Paul Walker. How many people get excited upon hearing those three names, or at the very least one of them? The question is unfair given that most people who come visit blogs such as this, people who, by the way, would for the most part emphatically answer 'Not me, so sir!' to the question posed above, have particular tastes and ways of appreciating the art of film. They are in the minority, however badly they may wish it were the other way around. The honest answer is 'An entire legion of movie goers', the same legion that made 2001's The Fast and the Furious a rousing box office success despite the film receiving, at best, a lukewarm critical reception. The same people, in fact, who made the second, third, fourth, and yes, last spring's fifth instalment equally if not even more successful, commercially speaking.
click to read more
Posted by edgarchaput 2 comments: