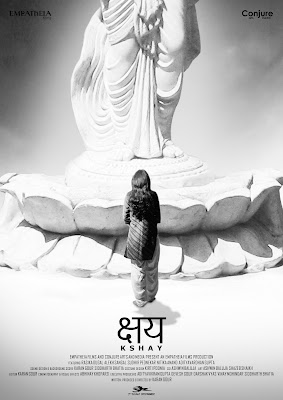 A common fault among human beings is they all too frequently obsess over what they do not own. A particular object catches their eye, for a variety of reasons which may be well founded or not, and a subsequent desire to possess overtakes them. In some cases the desire may be quenched rather simply, while in other instances the lack of ownership leaves a considerable void in their lives, be it true or a fabrication of the mind. This human weakness can serve as inspiration for filmmakers to study how people behave under the stress of created by continuously seeking what is just out of reach. Indie (and Indian) writer-director Karan Gour uses this notion as the driving force for his psychological thriller Kshay, which had limited release last year, playing at a variety of North American film festivals.
click to read more
Posted by edgarchaput No comments: 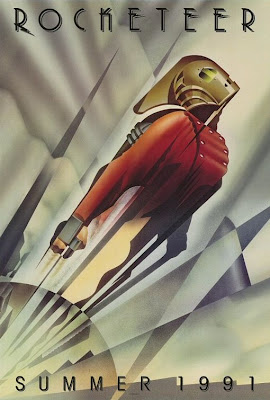 Paying close attention to the comic book movie landscape, the films that feature rather ordinary people taking on the role of great heroes are far and few between. The protagonists are either blessed with intellectual and physical skills which far surpass what regular humans can accomplish or, even when the hero in question is a mere mortal, they do benefit from some obvious advantages, like how Bruce Wayne relies on his endless amounts of monetary funds to render his night excursions as Batman as easy as possible. It would be refreshing to see a truly simple individual benefit from circumstance and perseverance to overcome the most dangerous foes. Someone answered that call. From the mind of Dave Stevens came, in the early 1980s, a comic book which was a throwback to the pulpy Saturday matinee heroes of yore: The Rocketeer.
click to read more
Posted by edgarchaput 1 comment: 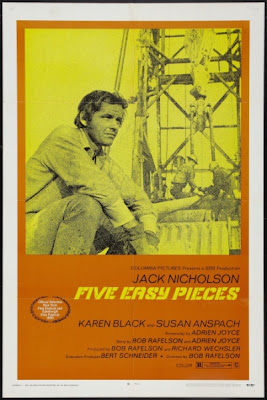 Jack Nicholson, so far as the most recent decade of his work is concerned, has earned a dubious reputation to say the least. The sarcasm, the bullish wisecracks, that widest of wide grins, all are hallmarks of the Jack Nicholson of the late 1990s and first decade of the new millennium, so much so that he is mostly recognized for playing himself as opposed to actual three-dimensional characters, joining the same undesirable club as the once great Al Pacino. As was discovered last week in a review for Easy Rider, Nicholson's film career began many, many years ago in the late 1960s. One of his first starring roles and, arguably, one of his more complex roles, was in the film under review today, Five Easy Pieces, directed by BBS co-founder Rob Rafelson, who also made Head two years prior.
click to read more
Posted by edgarchaput 1 comment: 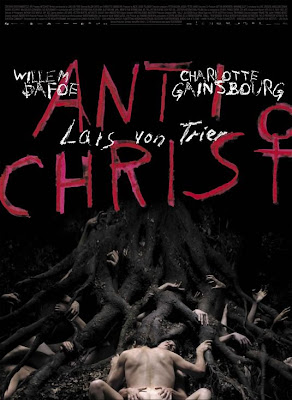 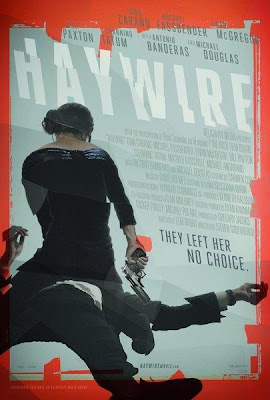 It seems as though every new Soderbergh film is an event, albeit not one that necessarily brings movie goers to the multiplex in droves. Rather, the 'event' status the director's films benefit from concern chiefly the many cinema buffs who eagerly await what box of surprises they will be get next for no one every knows what to expect from one film to another. If there is something Soderbergh long ago, it is his skillful capacity to adapt and meld his talents for the purpose of virtually any genre. In the case of Haywire, the principle benefactor from the director's influence is newcomer Gina Carano, whose talents up until now were demonstrated on the mats of MMA fights.
click to read more
Posted by edgarchaput 1 comment: 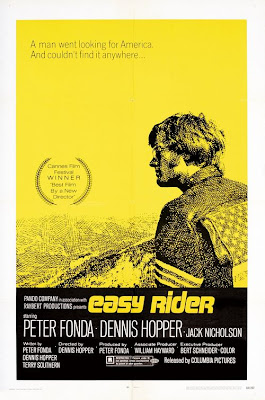 Road trips can prove to be revelatory experiences, whether in subtle manner or unexpectedly bold ways. The act of seeing different parts of one's country (or the world) one is unaccustomed to can, potentially, create many disparate reactions. What are other people like? What is one's relationship to them and how might that modify the notion one has of their country in their head? Will the vistas outside the city impress or bore? There are so many interesting connections to be made on such expeditions, be they with other humans or nature itself, that the popularity of such excursion comes as little surprise, nor does the frequency with which movie characters embark on them. The storytelling possibilities are endless. Just watch National Lampoon's Vacation as an example.
click to read more
Posted by edgarchaput 9 comments: 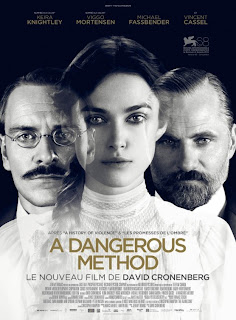 It seems like director David Cronenberg's entire career as a filmmaker has partially been about poking around in the human psyche, finding strange and creative ways via horror, suspense and drama stories to study what makes up humanity, both psychologically and, in some of his more genre-oriented fare, physically. In that respect, could he be likened to the great early psychologists of the 20th century, Sigmund Freud and Carl Yung? David Cronenberg ,the psychoanalist of the film world! A bit too much? Fair enough. That being said, the director has been lauded numerous times in the past for his astute, provocative observations. How fitting it is, therefore, to see a new film of his, after a 4 year absence no less, that concentrates on the two aforementioned pioneers in the field of medicine.
click to read more
Posted by edgarchaput No comments: 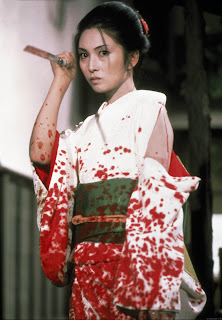 It seems that these days everybody wants to see a comic book movie. The success of multiple franchises inspired from graphic novels over the past decade has subsequently encouraged studios to produce and release what the public clearly wants in their heart of hearts: more comic book movies!
click to read more
Posted by edgarchaput 2 comments: 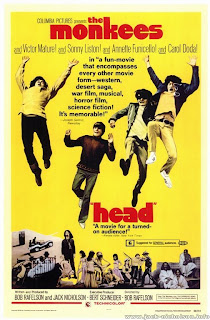 In the ever revolving cultural landscape of rock, rap and certainly pop music, some bands are oft-maligned by those more savvy in deciphering what is genuine and what is not. While there are those bands which resonate with the youth (as well as the not so young, occasionally) for perfectly admirable reasons, namely talent and ingenuity, others are decried as nothing more than cynical industry productions, glossed up and heavily marketed products whose sole purpose is to making the studios' pocket books that much heavier. This has been going on for a long, long time already, with one of the most memorable cases in North America being the birth of The Monkeys, a creation from the minds of Rob Rafelson and Bert Schneider, two American filmmakers who , after witnessing A Hard Day's Night starring The Beatles, found a desire to make their own version television show of similar ilk. After the programmes cancellation, a film was made, Head, which took the band's image an a radically different direction, or, one might say, made the members just plain radical!
click to read more
Posted by edgarchaput 2 comments:

Far East Specials: Uncle Boonmee Who Can Recall his Past Lives 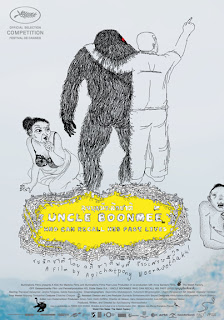 Uncle Boonmee Who Can Recall His Past Lives (2010, Apichatpong Weerasethakul)
Here is a question that has stumped more than a few: what is the meaning of life? There is, realistically, no single correct answer to that question, but whatever one’s own personal interpretation may be, the odds are that one has to fulfill that notion before death comes knocking at the door. Which begs another series of questions, chief among them: what happens once we’ve moved onto the next world? Is there even another world to pass onto at all? If yes, why should we be so fearful of death, as so many of us are whenever the topic is brought up? So many profound questions, such little time and evidence to investigate them. That’s why there are movies which dwell on the subject matter, and, it may be argued, that is why Apichatpong Weerasethakul makes movies.
click to read more
Posted by edgarchaput 5 comments: 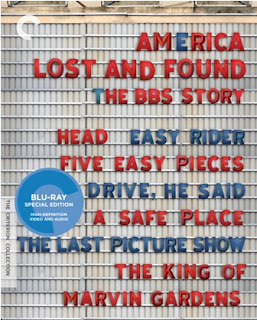 As promised, Between the Seats, after keeping things nice and easy with 'end of the year' lists and capsule reviews for about a week during the holiday break, is about to resume business as per usual, meaning tons of marathons to exploring various genres, directors and actors.
click to read more
Posted by edgarchaput 6 comments: 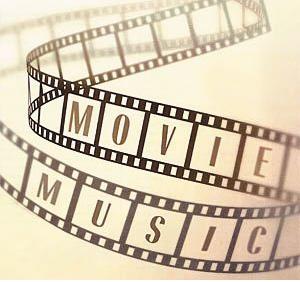 Music is discussed only infrequently here at Between the Seats, but I have mentioned once or twice that movie music is something I hold dear, especially with regards to film scores as opposed to soundtracks. Whereas 2010 gave movie music lovers a plethora of fantastic material to cherish in their IPods to relive the best moments of their favourite films, 2011 was slightly disappointing. A lot of 'good', very little 'great' and a lot of forgettable. Some efforts rose above the rest despite the overall lukewarm feelings I have towards 2011 in film music. They are:
click to read more
Posted by edgarchaput 6 comments: 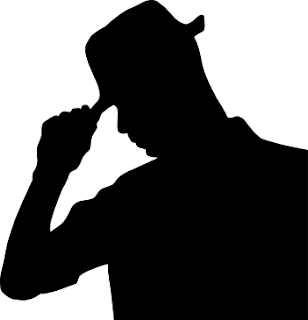 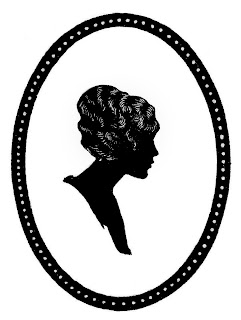 Now arrives the time to recapitulate the most memorable performances from 2011, both from the female and male actors. As stimulating as it can be to write these two lists, it always hurts upon realizing how much more difficult it is to recount the great female performances of the year. Either women still do not receive the same amount of solid roles as men or I'm just not going to see the right movies to make a more informed judgement call. Regardless, let us begin with the women:
click to read more
Posted by edgarchaput 5 comments: