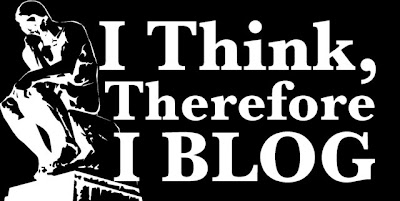 Some months were ripe with a great many articles, others saw a dip in quantity. In my real life (not reel life! Ha!), there was a job change, new friends made, new challenges met, but through it all I tried my best to deliver a sizable amount of content that was worthy of the readers' time. I wanted the analysis to be comprehensive, remotely intelligent, but also fun to a degree. Pomposity was not in the cards for Between the Seats but nor did I ever want the articles to be too colloquial either. I hope to have achieved that and, judging by the warm comments some of you left me over the course of the four years, I believe I succeeded, which makes me very proud.

However, the time has come to move on to bigger and better things. Yes, as much as it was fun to sarcastically pretend sometimes that Between the Seats was the be-all and end-all of online film criticism, the reality of the matter is that there are other venues out there which can and hopefully will offer even better intellectual and, who knows, monetary rewards at one point down the road. I cannot and certainly will not hide that fact that joining the Sound on Sight team in December of 2011 was the start of a lot of changes with regards to my movie habits. Two columns to call my own for which the editor-in-chief has given me carte blanche, coverage of three different Montreal based film festivals in 2012 as an accredited member of the press (unlike in 2011 when I paid to see every Fantasia, World Film Festival and Festival du Nouveau Cinema film you all read reviews for) and now, as of last October, co-host of their Sordid Cinema podcast. 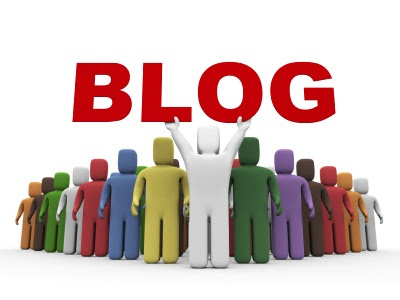 Needless to say, Sound on Sight is where I shall be concentrating all of my movie reviewing habits for the foreseeable future. In other words, with this article here, published on the 1st of January 2013, the Between the Seats project is complete. I never knew what exactly would come of it, but in the back of my mind, if other, more stimulating opportunities arose, I knew that the blog would take a back seat. I would be remiss not to mention some people who, either because they actively helped me with my blogging, left comments in the designated section or simply inspired me to strive for more with their own top quality work, played a part in making Between the Seats happen and last as long as it did.

-Bill Thompson from Bill's Movie Emporium. Those joint marathons were a thing of beauty. I don't know which one I enjoyed the most, but each was a fantastic experiment in its own right and helped me really appreciate the notion of not just writing in a vacuum, but interacting with others. Actually, I can choose one. The Star Wars marathon, and more specifically the A New Hope debacle. It was infuriating in the best possibly way. Of all the bloggers out there, you are the one the really made this damn thing the most fun. Buddy, keep on hating Episode IV. It shakes things up a bit, you know?

-Ryan McNeil from The Matinee. This man writes like mad. I don't know how exactly he finds the time to write as much and as well as he does, but kudos to him for pulling off the trick. He went from common blogger to a legitimate .com in a couple years and his podcast is one of the best around. A really slick website that consistently provides wonderful content. If you love the Toronto International Film Festival, then you must check out his website and podcast in the month of September. For a one-man show, this guy provides stupendous coverage.

-Corey Atad from Just Atad. Here is a guy who has strong opinions on just about everything film related. You might not agree with him, but he always takes the time and makes the effort to fully explain why he stands where he stands, and that's a quality not enough movie fans on the internet possess. There was a time, some years ago (time flies) when I actually wrote some articles for a website Corey hosted, The Reelists. While I wasn't part of the team for too long, maybe a few months at most, that small period genuinely helped me, in some capacity, to become a better writer. I wasn't writing for myself. I had to impress other people too, otherwise the material would not see the light of day. That was a lot of fun, and although I don't write for him anymore and have not for some time, I still strongly support his work.

-JamesBlake Ewing from Cinema Sights .Here's another smart, talented writer who went from running a simple blog to getting his own .com. His take on film is a little different from most. For than once he'll have a startlingly different take on a film than the majority. His article on what Christopher Nolan's Dark Knight trilogy lacks is a fine example of that. Some of you might know that he and I are working on a project right now, Batcave Debriefs, which might not have too much to do with film, but certainly reading his movie articles over the years was an inspiration for Between the Seats.

-Courtney Small and his team of writers at Big Thoughts From a Small Mind. Yet another .com which began rather modestly. True enough, this is not one I have visited on as regular a basis as the aforementioned sites, but every time I check in there is something of note, especially the articles which encourage active participation from the readers, like the recurring 'Which is Better' segment.


-Cinema on the Road, hosted by Seema and Jhon. Two well spoken, extremely articulate film connoisseurs who explore cinema from all corners of the planet. Half the time I have never heard of the movies they choose to discuss on their show, but that is part of the pleasure: the discovery. Why remain content with what one is already familiar with? The tag line is 'A Journey Through the World of Cinema' and Seema and Jhon are mighty good companions for the trip.

-Finally, I don't think I would be doing what I am doing now without the Filmspotting message boards. I haven't been there in some time for a variety of reasons, but the eclectic bunch of participants over there are really what got me going. In 2007 when I became a member, I certainly watched a healthy amount of films, but not always of the quality and, more crucially, of the variety that some Filmspotting forum members were exchanging ideas about. My interest in film festivals, which play a lot of stuff one just does not see at the local multiplex, is greatly of their doing, as is my love for films of the 40s and 50s (hence, my Friday Film Noir column at Sound on Sight). Without them, there is no Between the Seats, and by extension, I am not writing for and co-hosting a podcast at Sound on Sight.

And there you have it. I encourage everyone to keep on blogging and writing online for as long as they can. One can never predict with certainty what might come of it. There are undoubtedly times when it feels like it is not worth the effort, but every now and then, be it because someone had the generosity to email you, leave you a comment or offer you an opportunity elsewhere, one is reminded why it is fun to engage in this terrific blogging experiment.

Many thanks for the kind words, and best of luck on the future efforts!

I actually tossed my name in to contribute for SS, so if you have any sort of pull, put in a good word for me, yes?

Don't be a stranegr around The Matinee, and be sure to get on that train to Toronto sometime soon, eh?

Sorry to see this blog end, but all good things must, I suppose.

Fun whilst it lasted!