(1969, Peter Hunt)
After the failure of space shuttle project for which SPECTRE envisioned the mutual destruction of the United States and Soviet Union, Blofeld opted for more subtle means in order to spread his vile tentacles over the world.  Agent 007’s involvement in this new mission was the result of sheer happenstance.

While vacationing along the Mediterranean, 007 made the acquaintance of a beautiful but very reckless woman named Tracy Di Vicenzo as she attempted to commit suicide by drowning in the sea. Unlike most women other women, Miss Di Vicenzo did not warm up to 007 very quickly. Nonetheless, Bond’s intervention and mannerisms towards her caught the attention of the woman’s father, a crime lord named Marc Ange Draco, who summoned 007 with the proposition of giving MI6 information on Blofeld’s most recent whereabouts in exchange for marrying his daughter. 007 accepted the offer, if mostly for the purpose of finally putting an end to Ernst Stavro Blofeld’s string of terrorist plots. This time the nefarious villain was set up as a count high in the Swiss Alps, performing faux research in the study of allergies. Posing as a genealogist hired for researching Blofeld’s clearly fabricated claims of belonging to a long line of French Counts, 007 discovers that SPECTRE is to send back the allergy patients back to the four corners of the globe and have them release deadly bacterial agents to infect the world.

I’m being very serious when considering Peter Hunt’s On Her Majesty’s Secret Service as a near perfect 007 adventure. It represents what a Bond film can be when it reaches for greater heights, both figuratively and literally. Following the mediocre You Only Live Twice in which the character of Bond had become an imitation of itself and in which set design and gadgets had clearly become more important to the producers and crew members than any sort of genuine storytelling, this outing does just that: tell a story, and a rather good one at that. On Her Majesty’s Secret is more than just a spy and action adventure film. It is also a love story, one that works not only because of the performances offered by the two leads, but also because it takes the character of Bond in a direction I doubt anyone, unless they’ve read the books beforehand, would have envisioned possible.  Up until now, Bond has shown more than just an inclination towards skirt chasing, positively setting the bar for womanizing to staggering and quite frankly ludicrous heights. I’m not one to argue that it wasn’t enjoyable seeing Bond use his debonair good looks and offer charming and sometimes hysterical one liners that somehow had women under his spell. That’s very fun to watch, don’t get me wrong. In fact, it’s one of the reasons why I love the franchise so much since many of those lines are comedic gold. The time had come to utilize the Bond persona in an entirely different manner, one that would showcase a far more humane and realistic portrait than anyone was accustomed to. Bond, at least for one film, was no longer the ultimate sex maniac that fans had come to expect, although he does show some seduction prowess in the middle potion of the story.

I mentioned earlier that the qualitative success of the love angle works partly due to the lead performers who form the couple. If Bond is going to get hitched, then Mrs. Bond has to be some special kind of women, am I wrong? 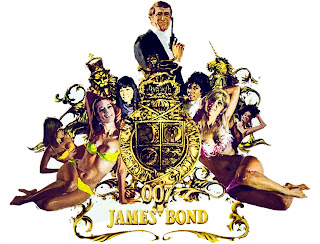 Enter Diana Rigg as Tracy. The second of The Avengers alumni to venture into the world of Bond after Honor Blackman in Goldfinger, Rigg embodies the very best of what a fantastic Bond girl should be. She’s an intelligent actress who is excellent at conveying convincing emotion in her performances, is athletic and adventurous enough to follow Bond on his adventures, shows undeniable wit, confidence and strength of character, and, last but not least, she is drop dead gorgeous. Maybe there was another actress at the time who could have also filled the shoes of a woman Bond was to marry, but quite frankly I think it insane to suggest that Diana Rigg didn’t fit the part. I read a review once a few years ago that expressed the qualities of Tracy di Vicenzo, as played by Rigg, succinctly and perfectly. The argument went something along the lines of ‘she’s strong and adventurous enough to tussle around with the boys while also being completely ladylike.’ That is a Bond girl. Nay, that is Mrs. Bond.

But of course Rigg only forms half of this ultimate couple. The other takes the shape of Australian actor and model George Lazenby, who took over 007 duties from Sean Connery when the latter announced his retirement from the role during the shooting of You Only Live Twice. I would be putting myself in an uncomfortable position by arguing that Lazenby was a superior James Bond to Connery, so I won’t (I don’t honestly think so either, rest assured). However, I bemoan the reviews and comments from people who dismiss the performance entirely. To be perfectly honest, I think it is a fine performance. It becomes obvious early on that the producers and director wanted someone who could, at least in some ways, replicate or emulate the kind of Bond that Connery was. The same type of one liners are delivered, and there are moments when Lazenby sort of looks around and moves like Connery used to as well. Let’s not kid ourselves however: Lazenby was not and never could be Connery. There is an innocence and honesty to his Bond that is quite refreshing in this entry. I’d wager that at least some of that has to do with the reality that On Her Majesty’s Secret Service was his first real major film, while another reasons is the nature of the story and how the script handles the Bond character. I especially think the early scenes at the casino and hotel room are poignant in telling what sort of 007 we’re getting this time around. Yes, in some respects he is following his skirt chasing habits, but he also concerned about Tracy, actually concerned. We don’t see that often. The more she tries to fight him off, the more he realizes that she’s pretty sad and angry for various reasons. Rather than turn him off, this actually brings him closer to her. His deal with Draco near the beginning of the film might have brought them together for reasons that weren’t pure, but as the movie progresses he genuinely wants to stay with her for the right reasons. I think Lazenby and Rigg have solid chemistry, which makes the relationship all the more interesting and satisfying. Notwithstanding a montage sequence which, although fine, doesn’t quite produce the sparks one would hope for, the Bond/Tracy coupling is among the best of the entire franchise. 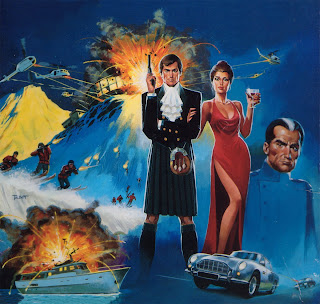 On Her Majesty’s Secret Service also features my favourite incarnation of the Blofeld character. While I still don’t think they got it perfectly in this entry (admittedly, my preferences are very much based on the Blofeld found in the Fleming novels), I do like Telly Savalas in the role. His Blofeld, while not abandoning the character’s more grandiose ways, somehow manages to come across as more realistic than before. Of course, when you’re working off of what Donald Pleasance did in the previous film, aiming for some minimal realism is not a difficult task. Savalas succeeds in combining evil glee with some sophistication if you can believe it, and I think it works reasonably well.

Peter Hunt, who had been the editor on some of the previous entries, was given the reigns of director this time and I feel that he really expanded his wings. One need only watch the pre-title sequence in order to appreciate the directorial skills he brought to the table. The cinematography is gorgeous to behold, what with the fist fight on the beach at sunrise. But beauty is only part of it. There is a real frenetic yet controlled quality to the editing during the impressive brawl Bond engages in this early scene. It’s sort of like an action scene that a more subdued Paul Greengrass would direct. The quality in the cinematography and editing continues throughout the entire picture, providing a sense of sweep and wonder which make On Her Majesty’s Secret Service a film I hold dear to my heart. Were i to rank the Bond films solely on visuals such as cinematography, I’d say this one is a clear number 1. I’m anxious to read sam’s thoughts on this movie regarding the topic of cinematography... 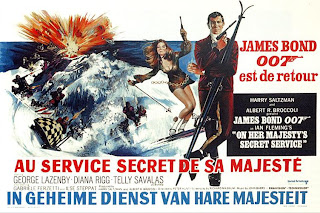 Should I get into the funny continuity issues? I’ll touch on them, but only briefly because I think the strengths of this film far surpass its weaknesses, and by a country mile at that. In all honesty, there is only one glaring continuity ‘error’ (notice the quotation marks) around and it has to do with Blofeld’s inability to recognize Bond when the latter arrives at his clinic in the Alps dressed as a certain Sir Hilary Bray, the genealogist summoned to confirm Blofeld’s status as a count. It isn’t as if 007 is using any sort of clever disguise. Granted, he’s speaking in a different tone (Lazenby was dubbed for the Sir Hilary Bray scenes) and has altered his mannerisms to fit the part of a snobbish genealogist, but Blofeld is a criminal mastermind and who has come face to face with 007 not so long ago, therefore he should be able to recognize him far sooner than he eventually does. Maybe he was toying with Bond all along (why, though?), maybe Bond’s disguise really was that good (unlikely), or maybe, as a select few have suggested, OHMSS is something of an unofficial reboot. Maybe it’s something else entirely, I don’t know and honestly don’t care. That’s not a bit of very intelligent film criticism I offered just there, but think of it this way. How could the filmmakers make such an awful mistake such as this one? How could they allow such a pathetic continuity error slip through? Because it probably isn’t an error. There is a reason for why things happen the way they do in the film and I kind of like the fact that it isn’t explain. Pick your own reason.

Basically, this is a great Bond film and a great action film, period. Connery’s absence be damned.

I enjoyed your assessment of OHMSS but I have to disagree with you in that I consider the movie to be the weakest and poorest Bond films.

Mind you it is one of the few Bond films that follows the story verbatim and is my favorite book in the series but the film seems thrown together. From the title sequence (which looked like it was thrown together by a middle schooler) to the terrible acting of Lasenby. (which btw he even says was terrible because he got too full of himself as the new Bond).

Additionally the director and script writer should have both been taken out and beat for some of the most stilted dialogue and the lamest fights with that oh so annoying quick cut technique.

On the positive Telly Salvalas did a great Blofeld. BTW Blofeld does not recognize Bond as the never met before in book order. OHMSS comes after Thunderball and You Only Live Twice came after OHMSS. As the stayed true to the book they just ignored the movie YOLT was before it.

I agree Diana Riggs was the perfect choice for Tracy. By far the best thing of the movie is the soundtrack and score. John Barry outdid himself. Too bad the movie did not live up to the soundtrack.

Personally I would love to see it remade and given the respect that Ian Flemming's greatest story deserves.